The Destruction of the Temple and the Tribulation

And as some spoke of the temple, how it was adorned with noble stones and offerings, he said, “As for these things which you see, the days will come when there shall not be left here one stone upon another that will not be thrown down.” And they asked him, “Teacher, when will this be, and what will be the sign when this is about to take place?” And he said, “Take heed that you are not led astray; for many will come in my name, saying, ‘I am he!’ and, ‘The time is at hand!’ Do not go after them. And when you hear of wars and tumults, do not be terrified; for this must first take place, but the end will not be at once.”

Then he said to them, “Nation will rise against nation, and kingdom against kingdom; there will be great earthquakes, and in various places famines and pestilences; and there will be terrors and great signs from heaven. But before all this they will lay their hands on you and persecute you, delivering you up to the synagogues and prisons, and you will be brought before kings and governors for my name’s sake. This will be a time for you to bear testimony. Settle it therefore in your minds, not to meditate beforehand how to answer; for I will give you a mouth and wisdom, which none of your adversaries will be able to withstand or contradict. You will be delivered up even by parents and brothers and kinsmen and friends, and some of you they will put to death; you will be hated by all for my name’s sake. But not a hair of your head will perish. By your endurance you will gain your lives.

That’s the end of the Gospel. Okay, there are three key aspects of this Gospel we want to look at. First and foremost, what is Jesus exactly talking about here? Well, as the context makes clear, the primary meaning of this particular oracle is the destruction of the temple in Jerusalem. So the setting for this oracle that He’s given is they’re across the valley on the Mount of Olives, seeing the temple, and some of the disciples, who maybe were kind of country bumpkins, were kind of amazed at the glory of this beautiful place. Jesus takes the opportunity from their amazement to say, “You see the temple? Not one stone is going to be left upon another. All of it is going to be thrown down.” So He’s saying the temple is going to be destroyed, much like it had been in 587 BC by the Babylonians. So this has happened before. And there were other prophets, like Jeremiah, who said it was going to happen.

So in this case, the disciples recognize what Jesus is saying, and so they ask Him, “Well, tell us...when will this be? When will the temple be destroyed? And what’s going to be the signs that that happens?” So Jesus launches into a description of what’s going to happen before the temple is destroyed, and He basically describes a time of great tribulation—of wars, rumors of wars, of famines and plagues, of conflict breaking out between nations, and even signs in the Heavens. And He says, “But when these things happen, don’t be alarmed. Don’t be afraid, because the end is not yet.” He also describes basically what appear to be false prophets or false messiahs who are going to come in His name and say, “I am Christ” or “I am He.” And He says, “Don’t go after them. Don’t follow them and don’t be led astray. Don’t be deceived.”

So the message then to the disciples is one of alertness, but also of a warning, that they are in fact going to be persecuted in this period of strife that will take place between the death of Jesus and the leadup to the destruction of the temple of Jerusalem. Now, if you know your history from the first century, you’ll recall that this did in fact happen. Jesus was crucified sometime around 30-33 AD, and then within 40 years, in 70 AD, the temple was destroyed, in fact, by the Roman Empire. They came and they besieged the city of Jerusalem. They burned it to the ground, and they tore the temple down. And they massacred hundreds and hundreds of thousands of (up to a million) Jews, Josephus tells us, in the destruction of the city. This was called the Great War between the Jews and Rome—or sometimes called the Jewish War. And it was an awful, awful period, and if you read even just the book of Acts, you can see that many of Jesus’ prophecies are fulfilled here. The apostles are in fact betrayed, they are in fact persecuted. Some of them are in fact put to death. They’re brought before governors and kings. In other words, they suffer during this time of strife and tribulation and war and bloodshed. And in the midst of all of that, Jesus’ message to them is: “Don’t be afraid. Don’t be led astray, because this is the time for you to bear witness or to give testimony.” And the Greek word there for testimony is martyrion. We get the word martyr from that. Literally, the word martyr means “someone who bears witness, someone who gives testimony.”

So in the Christian tradition, we come to associate that word with someone who bears witness even unto death, because that’s in fact what happened not just to the apostles, but to many Christians during the persecutions that broke out after Jesus’ death in the city of Jerusalem—like with Saul, who later became Paul…as well as later persecutions that took place in Rome throughout the empire, especially under Caesar Nero, who was a very wicked Roman emperor in the 60s of the first century AD. So this prophecy, on one level, simply refers to the time of strife and tribulation that would break out before the temple destruction and between the years 30 and 70 AD.

Number two, the temple was the sole place of sacrifice. So for example, in the book of Deuteronomy 12, it makes very clear that if you were a Jew and you wanted to worship God through sacrifice—if you wanted to bring a sin offering or a thanksgiving offering—you couldn’t do it just anywhere. You couldn’t do it at your house or in your backyard or in some city that was closest to you. You had to go to one place and one place only...and that was the temple in Jerusalem, the central sanctuary—only place for worshiping God through sacrifice. So this is something that sometimes we forget when we see contemporary Judaism, which has many synagogues spread throughout the world. In Jesus’ day, there were certainly synagogues, but Judaism was focused on the temple. You had to go there to sacrifice, you had to go there to worship God through the priesthood and the liturgy and the sacrifices.

And then third and finally, this is the one that’s most significant for understanding Jesus’ prophecies and what they might mean for us. The temple was viewed as a microcosm of Heaven and Earth. In other words, the Jews saw the architecture of the temple itself as symbolizing the Heavens and the Earth. So for example, the first century Jewish historian Josephus—I’ve mentioned him before—he actually says in one of his descriptions of the tabernacle of Moses, which was the prototype for the temple, he writes that the parts of the temple were, quote:

...were in every one made in way of imitation and representation of the universe. (Antiquities 3.7.81)

That’s in his book, Antiquities, book 3.7, paragraph 81. So what’s he’s saying there...Josephus is saying that the different parts of the temple, like the bronze sea that was full of water, represented the sea. He said that the lamp stand, the menorah in the temple, represented the lights of the Heavens, the seven planets that you could see in the Heavens. And on the veil of the temple, that basically divided the inner room from the outer court, Josephus tells us that on that veil was woven the constellations—all the stars of Heaven. They actually put the constellations on the veil to symbolize the fact that the veil represented Heaven, whereas behind the veil represented the Heaven of Heavens. In other words, the invisible realm of God...which, by the way, we’re not doing this right now, but it’s kind of interesting, because as we see in the Gospels, the veil of the temple is torn in two. And what does that mean? Heaven itself torn open, so to speak, by the death of Christ.

So with that in mind, you can actually then go back to the Old Testament reading and you’ll see that one of the reasons the Church gives us this reading at the end of the liturgical year is not simply because it’s the last thing that Jesus spoke about,  but it’s also because She’s starting to shift our attention, as the Church, to the final judgment and the second coming of Jesus at the end of time, to the destruction of the world and its renewal in a new Heavens and a new Earth.

Jesus and the End Times: A Catholic View of the Last Days

Life After Death: A Bible Study on the 7 Last Things

The Apostle Paul: Unlocking the Mysteries of His Theology

Jesus and the Jewish Roots of Advent

I am listening to this while driving and sometimes deliberately take the slow lane which will keep me longer in the car. I just can’t get enough. Many thanks for making the lectures publicly available

Excellent. Great overview for the book we are using for our bible study.

Great talk on adoration, and our need to spend time with our Lord.

I am so glad that Dr. Petri came out with these videos of his presentations. I have read a lot of his books and use them in my Catechism Class. Please don't miss this opportunity to feast on what has taken him years to accumulate. It would be such a waste of a soul.
If your not fond of reading, definitely get his videos for yourself, your family, or for bringing back uneducated Catholics who may have left the faith. Our faith is so rich it is like a finely woven Persian carpet that takes years to make before you see the pattern...Dr. Petri has done all the weaving for you, you just get to step back and admire the work and then revel in what he reveals to you.
We are using this video in a presentation for our Parish the week before Easter...thank you Dr. Pitre!!! 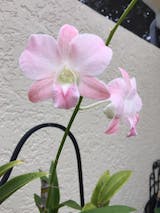 As I've come to expect from Dr. Pitre!! He can take a profound mystery, which is central to our faith, and take us through a step by step process, to help us understand and appreciate this on a whole new level!! I recommend this to every Catholic!!